Gallery-quality art print in a wooden frame. Our black and white frames are made of pinewood with a matte finish. Our oak frames have a natural finish. Each frame is fitted with a passe-partout and acrylic glass, and is delivered with brackets for hanging.

All JUNIQE frames use wood sustainably sourced from FSC-certified forests. Our art prints are produced on paper that is either FSC-certified or sourced from existing timber industry stocks, meaning no additional trees are felled to produce our prints.

To cut down on production waste, all prints and posters are made to order. We work closely with our producers on every order to ensure the highest possible quality. 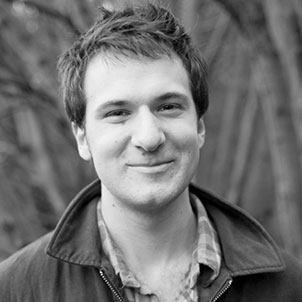 Illustrator and book cover designer Henry Rivers enjoys a rural life, residing in a small town close to the city of Bordeaux. A junky for places and memorabilia, his sources of inspiration are far away from the picturesque French countryside. He travels the globe and surfs the internet in search of urban destinations. Based on his findings, Rivers then translates his impressions into contemporary, stylish posters using scratchy pen and ink drawings. These he later interprets and re-designs using Photoshop and Illustrator. Perhaps it was his degree in Architecture that awakened his fascination with the contrast in scale between the towering landmarks and playful, little details that animate his posters.

Up to 35% off a selection of posters and prints in standard frames!