Our aluminium prints are suitable for hanging outdoors.

Made to order and printed in Europe at the highest quality standards.

Our aluminium prints are suitable for hanging outdoors. 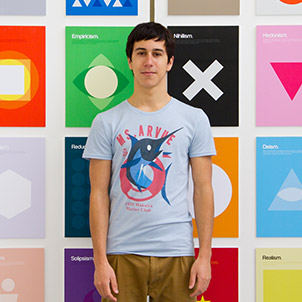 Simple is the new clever.

In 2012 Genís Carreras created his seminal Philographics series—a range of works that tackle some of the most complex philosophical ideologies known to man. The London-based Catalonian designer has earned worldwide acclaim by reducing tricky theories—from existentialism to nihilism—down to brightly coloured geometric shapes. His minimalist designs have been featured in WIRED and FastCompany, and transformed into a graphic book.