All paper is sustainably sourced from FSC-certified forests and existing timber industry stocks, meaning no additional trees are felled to produce our prints.

To cut down on production waste, all prints and posters are made to order. We work closely with our producers on every order to ensure the highest possible quality. 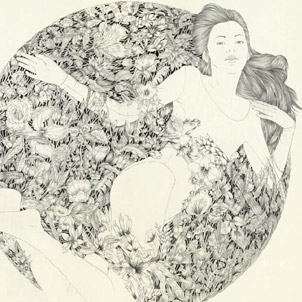 Nature can be oppressive, but I love it that way.

Phil Constantinesco was born in a small town somewhere between the Vosges mountains and the Rhine river, on the eastern marches of France. After completing his studies in visual communication in Strasbourg, he co-founded a motion design studio, briefly worked for MTV in Paris, and has been pursuing his career as a freelance motion designer ever since. Although he still lives and works in Paris, a deep affinity with nature inspires many of his highly-detailed artworks.